Good luck charms from around the world

Every culture and nation has its own talismans that they think will bring them good fortune.  These good luck charms are often based on folklore, myths, legends, beliefs, as well as religion and customs, and have a strong relationship to the country’s history and origins. While some were considered to ward off the evil eye, others were said to increase fertility, bring riches, and even trap evil spirits inside. Today, we’ll look at three talismans from all across the world. 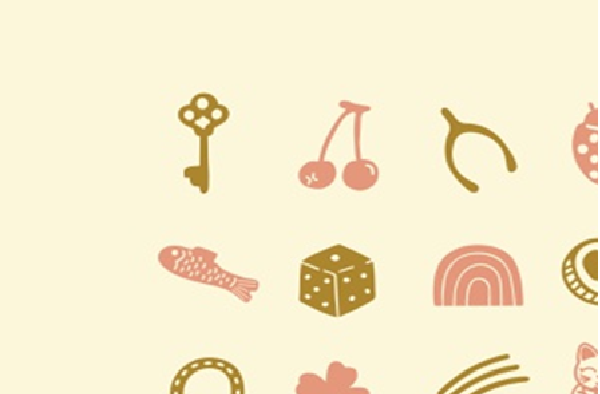 If you’ve ever been to a Japanese shop, you’ve surely seen those cute cat statues that are waving their paws at you. Maneki Neko, which translates to welcoming or beckoning cat, is a Japanese lucky charm that is believed to have originated in the mid-nineteenth century. While one paw is waiving, the other one is holding a koban coin, which was a monetary unit from the Edo era, when these cats were created. When visiting Japan, you can find them not only in a souvenir shop but in almost every store or restaurant, as they are believed to bring luck and wealth to the owner. These cats can lift either their left or right paw, which is said to have various symbolic meanings. A statue with the left paw lifted is thought to attract more clients, while one with the right paw raised attracts more money, and this is why the left paw is considered to be great for your business, while the right paw for your home. Makeni Nekos are one of the most popular souvenirs to bring back from Japan these days, and in addition to the conventional ones that may be placed at the entrance of a home or company, there are now battery and solar-powered ones that are commonly used in cars.

If you discover a four-leaf clover, you are considered to be blessed with Irish luck. Finding such a leaf is a very fortunate occurrence, not just because of the Irish custom, but also because the chances of it happening are one in 10,000. There are several explanations as to why this plant is said to bring good luck: one is that it depicts the four sides of the cross, while another is that the four sides signify faith, hope, luck, and love. It is also stated that when Eve was expelled from paradise, she brought a four-leaf clover with her to remember the Garden of Eden. Clover appears to be a favorite of the Irish in general, as the three-leaf clover, also known as the shamrock, is a national symbol of Ireland and was used by Saint Patrick to preach Christianity to pagans. St. Patrick’s is cherished and loved by Irish people till nowadays, as they celebrate their beloved Saint each year. St. Patrick’s Day is celebrated every year on March 17th, when people hold parades, eat special meals such as corned beef and cabbage, and exchange presents to honor the country’s patron saint, all while being dressed in green and centered around shamrocks and clovers. If you want to honor the Saint and you’re not sure what to get your family or friends this year,  there are always online stores where to draw inspiration for St. Patrick’s Day gifts ideas, including the Irish lucky charm.

Far less less-known than the famed horseshoe, rabbit foot, or hamsa, a pysanka is a Ukrainian Easter Egg adorned with traditional Ukrainian folk motifs using a wax-resist process. The name pysanka derives from the Ukrainian verb pysaty, which means “to write” or “to inscribe,” because the decorations on the eggs are written or inscribed with beeswax rather than painted on. Many legends surround pysankas and their meaning, but the most well-known is the one of the Hutsuls, an ethnic group from the Carpathian Mountains in western Ukraine, who believe that the pysanka determines the fate of the world and that the world will continue to exist as long as the practice of writing on eggs continues. It is believed that once the habit is abandoned, evil in the form of a giant, terrifying snake chained to a cliff will take over the world. Pysanky were considered to protect people from bad spirits, disasters, lightning, and fires in their homes. The most powerful ones are considered the ones with spiral patterns because it is believed that the devil, demons, as well as all the other evil spirits that come to your house will be trapped inside these spirals and won’t cause you any harm. Today, these eggs are painted with Christian motifs during Easter, and wooden talismans are now sold as souvenirs.